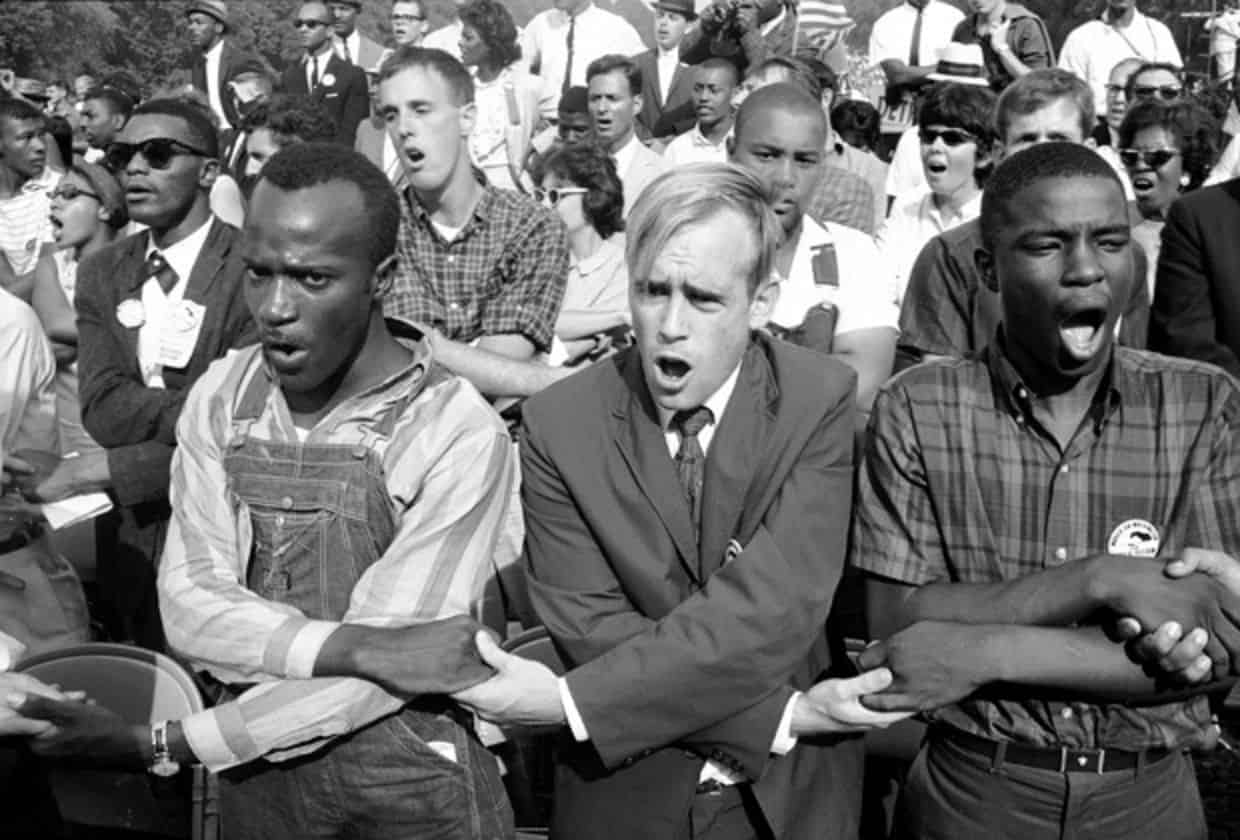 For reasons I’ll cover in the future, I took a break from blogging. I did not intend to resume this week, and I did not expect that this would be my returning topic, but recent events have been a catalyst for me, and silence wasn’t really an option.

I had no intention of covering politics on this blog. In speaking to the importance of leaders taking a stand, the public and obvious failure of Donald Trump was an example that could not be avoided. Further, it would be hypocritical for me to cover this topic without taking a stand myself.

Last weekend Nazis rallied in Charlottesville, spouting words of hatred and eventually murdering Heather Heyer. As much as the “Unite the Right” mob wants to claim that they are non-hateful and simply defending white heritage, chants like “Jews will not replace us”, “Fuck you, faggots”, and “Blood and soil” (which comes from Nazi roots), combined with marching under the flags and other imagery of Nazi Germany, clearly reveals the true intent. Describing these people as Nazis is not hyperbole – they are literally marching under the flag that many of our grandfathers gave their lives to defeat.

Denouncing the actions of Nazis is a leadership softball. In my home town of Berkeley, which is frequently (and sometimes fairly) considered socialist and crazy, Top Dog, an establishment that is staunchly libertarian and pro-free-market, fired an employee participating in the Nazi rally. The owner of Top Dog is not a delicate snowflake with hurt feelings, he took a stand against what was morally wrong and backed it up with actions.

In contrast, Donald Trump failed to even take a swing at this leadership softball. His initial comments appeared sympathetic or even supportive of the Nazis, receiving praise from former KKK leader David Duke. In an uncharacteristic two day delay to ensure, “what I said was correct, not make a quick statement”, Trump denounced the Nazi groups, in what appeared to be a forced reading of a prepared statement, days after most leaders (and bipartisan elected officials) took a firm stance against the Nazis. After what would have simply been considered a disastrous display of failed leadership,  yesterday Donald Trump destroyed what little credibility he may have garnered, when he effectively backtracked on his condemnation of Nazis, and seemed to equate our founding fathers to people that committed acts of treason waging war against the United States.

The Nazis in Charlottesville were largely Trump supporters, so Donald Trump making a clear and decisive statement against these hate groups may have come at a cost of losing some of their support. If you assume Donald Trump was simply attempting to remain neutral, the lack of a commitment against something so obviously anti-American (Nazis), was largely interpreted as support for the hate groups – this interpretation was echoed by politicians from both sides of the isle and from the hate groups themselves. After Trump’s impromptu shit show on Tuesday in which he doubled-down on his “many sides” to blame, it left little doubt where he really stands, although he still hasn’t displayed the leadership to clearly define his position.

It’s necessary for leaders to take a clear stand on issues that impact their organizations, both to act as a beacon for what is expected for the organization, and to enable people to leave the organization if it is inconsistent with their own values.

A good way to test whether a company is committed to its cultural values is looking at how the company acts when holding to those values comes at a real cost. Similarly, leaders should be judged by their actions as they face adversity… are they willing to make personal sacrifices to maintain their integrity and live by their values.

In 2015, as CEO of IMVU, I made the decision to not allow the confederate flag in IMVU’s products. Some customers reacted unfavorably, some directed hostile remarks at me, and customer service received complaints. There was also some impact resulting from customers that had purchased or sold the products. I had expected all of that. And as much as I value freedom of speech, ultimately the value of IMVU being an inclusive community for millions of customers outweighed the impact of eliminating the emblem representing a war waged on the United States to defend the right to own humans. My actions were not big and bold, they were simply doing what I thought was the right thing given the values of the company and its community.

Regarding Donald Trump’s failed leadership, six business leaders have stepped down from presidential advisory councils, citing their own values as the primary motivation for distancing themselves from Trump. These leaders have clearly taken actions consistent with their personal values, and did so at a cost, as Trump quickly attacked and belittled these leaders the moment they stepped down. Those remaining on the presidential advisory councils may not explicitly support Trump’s defense of hate groups, but their continued support of him as a leader acts as an enabler, and casts doubts on their values or the ability to act consistently with their values. Trump’s top economic adviser Gary Cohn is reportedly ‘disgusted’ and ‘appalled’ by Trump’s responses this week, yet plans to remain in the administration, implicitly supporting Trumps behavior. Gary Cohn, who was born into an Eastern European Jewish family, continues to support a man that can’t denounce Nazis – as a citizen (a member of the US organization) I draw the conclusion that Cohn values tax reform and deregulation above what I would consider a non-starter, supporting somebody that can’t condemn hate groups.

An organization’s culture and values are just pleasant little phrases in the employee handbook unless the organization reinforces the values in all actions, especially in tough times.

As a leader, if you are unwilling to state a position consistent with your values or sacrifice to take actions supporting those values, you don’t actually hold those values, or you are not a leader.